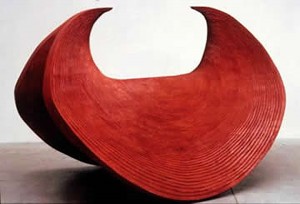 Brett Graham, from the Ngati Koroki sub-tribe of Tainui, is one of New Zealand’s most exciting and accomplished sculptors, highly regarded for his ability to abstract complex historical and cultural ideas into formally strong and beautiful sculptural forms. Graham places strong emphasis on materiality and surface with the formal simplicity of his sculptural pieces and predominant use of wood and stone. His work embraces Maori and other indigenous peoples’ histories, critiquing and exploring issues relating to cultural inequities of the past and present within New Zealand and the wider Pacific. Graham was awarded his Doctorate in Fine Arts in 2005 from the University of Auckland and in the last decade has exhibited extensively, locally and internationally as well as being regarded as a leading authority on contemporary Maori sculpture.

Graham’s work engages in a dual dialogue of Maori and European histories whilst adhering to the modernist emphasis on form and material quality. Although his works may not directly invoke Maori sculptural tradition, they nonetheless speak of that tradition in their titles and concept. His work is accessible at an aesthetic, personal and historical level, enabling both the object and viewer to occupy a common ground.

In 2003, at the Adam Gallery, Victoria University, he created an exhibition titled Kainga Tahi Kainga Rua to expose the devastation caused by phosphate mining on the Micronesian island of Banaba. It has been described “as one of the most powerful and affecting artistic statements on the nature of Pacific history and identity.” The work Aniwaniwa (2007), a video installation created with Rachel Rakena, is being shown in the Sakahàn exhibition at the National Gallery of Canada beginning in May. This work was first shown at the Venice Biennale in 2007.

Dr. Graham will present a lecture on his work at the Ottawa School of Art on Wednesday, April 17 at 12:00 noon. Admission is free and open to all.