This exhibition invites the questioning of the imaginative and uncommonly revealing symbols and the responsibility in the way meanings have been given to them. Skeletons, trains, shopping carts, Greek and Roman statues, animals, and more, take a new and different relation to their shared core meanings in these works.

For this exhibition, I am including three main works – The Grand Western Altarpiece, Puppet Theatre Sets for the “Queen’s Special Medal” play, and the Pandemic Trilogy.

The Grand Western Altarpiece was created from 2015 to 2019 after a trip to the National Gallery in London, England. It is a response to the religious Christian paintings I saw at the gallery, had studied in art school, and was now seeing in person for the first time. I was particularly drawn to works that had a sequential feel. I also was aware of the personal stamp artists placed on their work while dealing with a customary subject matter. I noted the how the Christian story, set in the Middle East, had been westernized (the white Jesus). This project started out as just one painting but it grew from there. I eventually decided I wanted it to be large scale (grand) and chose to build it in panels so I could work on it at home and be able to transport it easily if necessary.

During the first lockdown of the pandemic, I was looking for a fun project to work on that would keep me occupied and lighten my mood. My sister had recently found our old marionettes from our childhood and was resurrecting the puppet theatre for her grandchildren and I had agreed to design some sets. As I knew it would be some time before we could all get together to work on the theatre, I began writing a puppet play called “The Queen’s Special Medal”. I designed three sets for the play and made them from found objects. It was interesting because when I had finished the sets, I realized I had depicted places I couldn’t go to anymore – the office, the pool, or downtown.

Unlike many of my colleagues, I was finding it difficult to be creative and get any substantial art work completed during the pandemic. I was finally able set myself a difficult, detailed project that I could work on “whenever” and it would deal with the events of the times (pandemic and US election). This was the painting “Crisis” which I never really expected to finish. However, I did complete the painting and soon started work on it’s companion pieces “The Arrival of the Cure” and “Recovery”. I felt they worked as a trilogy. In “Recovery”, there was a departure from my usual approach as I included people I knew in the painting. The senior administration staff at the Ottawa School of Art worked tirelessly throughout the pandemic to keep the school going and I wanted to commemorate their actions. I also added two workmates from another job who were funny and always brightened my spirits.

All my work in this exhibition shares a similar slant. Generally, my work is inspired by my observations as I go through my day. These observations are then translated through pictorial symbols to get at a deeper, more surreal meaning. Although the specific meaning of the symbols is mainly only known to me, it is my intention to create interesting, available imagery for the viewer. 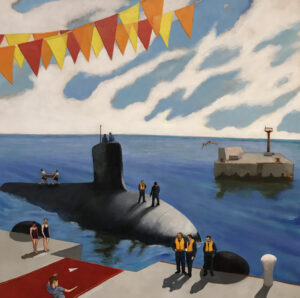 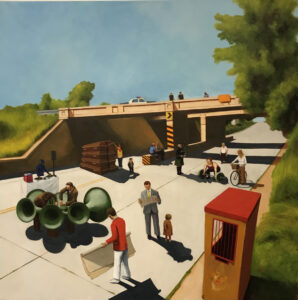 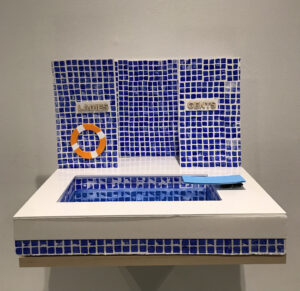 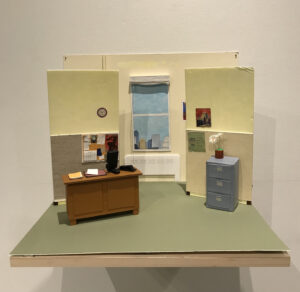 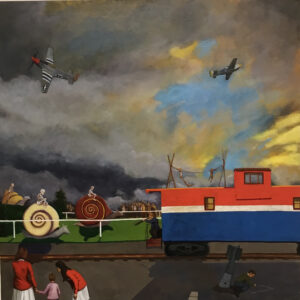 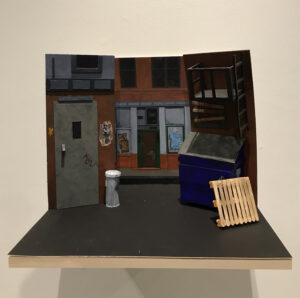 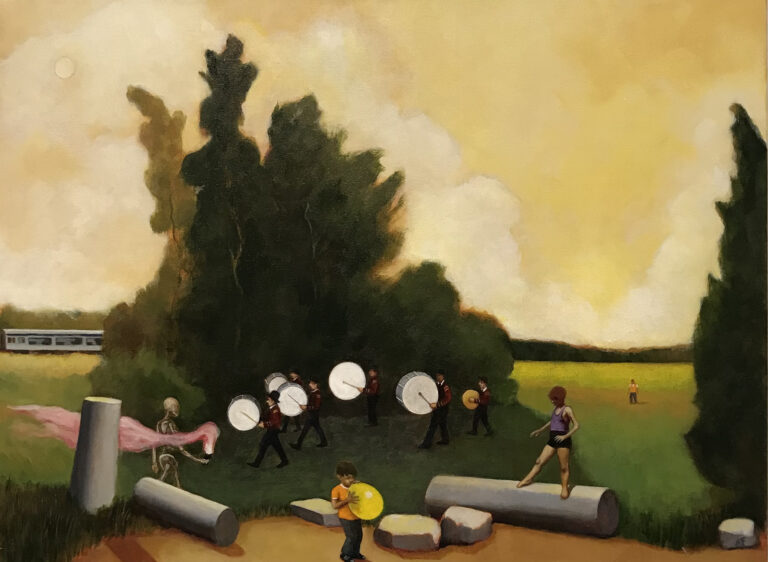 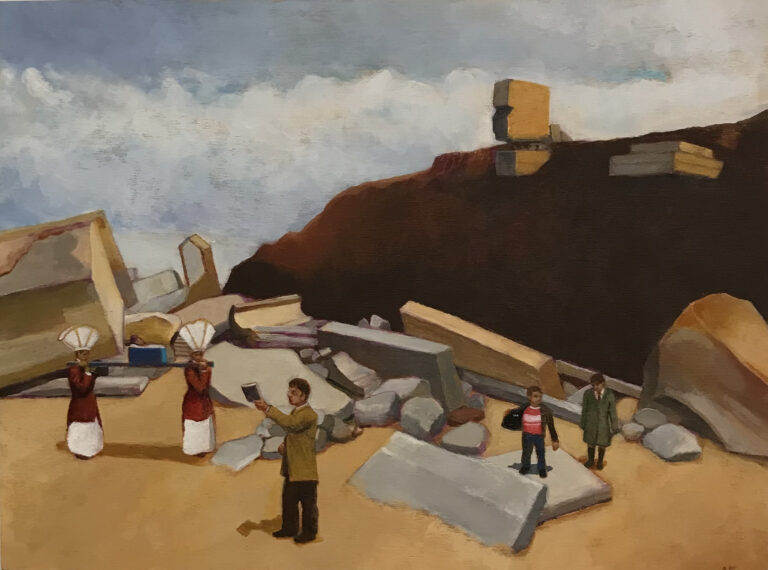 For this exhibition, I am presenting egg-tempera paintings and relief prints that recall historical figures of cultural, political, and religious influence through critical narratives of the medieval devil in relation to symbols of consumerist and Western culture. However overt the symbols may be, the aesthetic of my compositions straddle between the boundaries of abstraction and figuration to render the meaning of the subject matter ambiguous. All this is accompanied by an ongoing theoretical and art historical research on the medieval icon with which I examine the relationship between form as meaning and ideology and colour as emotion in a work of art. This is necessary to allow for a deeper understanding of the past and present role of visual art in questioning or reinforcing cultural authority and its history.

It is generally analysed that colour has been somewhat dominated by form from ancient to abstract art. This domination parallels the development of patriarchal modes of cultural control from the ancient iconographies of power to the ideals of academic art. While the abstractionists (and later the Minimalists) aimed at liberating colour from any form of ideology, they ended up in the opposite extreme where colour completely removed content or symbolism from a painting. Today’s reality is that the relationship between colour and form is in a state of chaos, dominated by the fear of colour as the “other”, consumerism, and violence. Within this chromophobic context we currently face, I draw inspiration from Byzantine iconography and Pop art to make sense of the socio-political aspect of visual art in disseminating ideology. From Byzantine art, I employ a medieval mode of painting with egg tempera that was specifically developed to avoid ideological, iconoclastic conflicts.  From Pop Art, I use the postmodern approach to representation that questions forms/symbols of ideological expression with a sense of irony. In combining these two art historical traditions, I am developing a more balanced mode of using colour and form to reveal how various historical figures and consumer objects keep acting as ‘performers’ of ideology and shaping our identity as individuals and society as a whole. 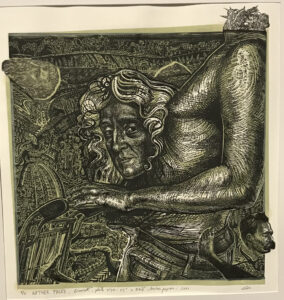 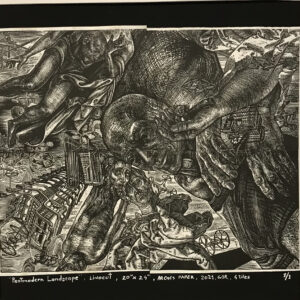 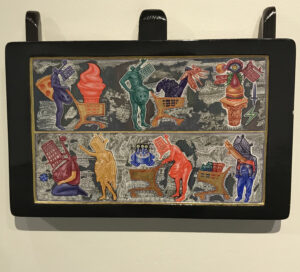 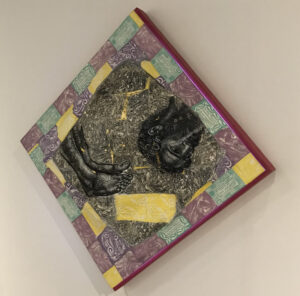 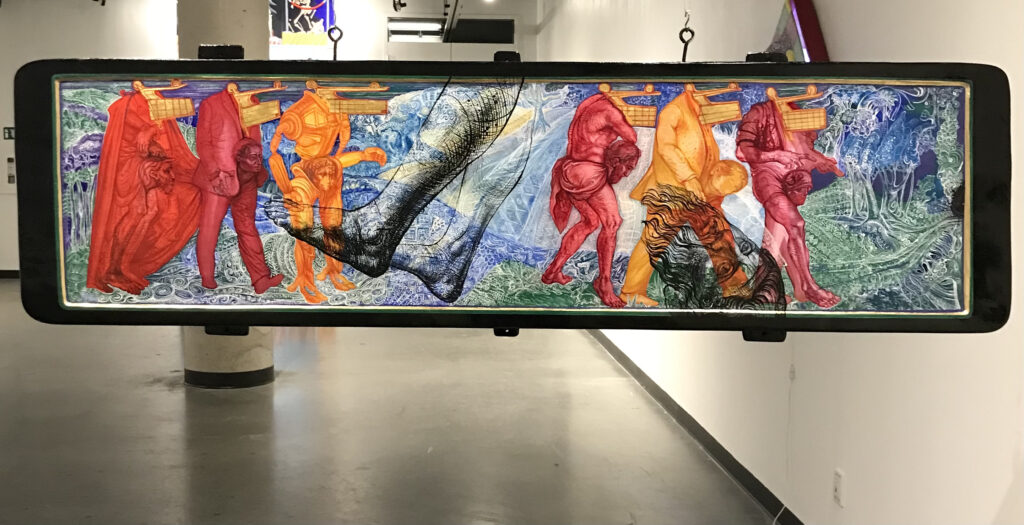 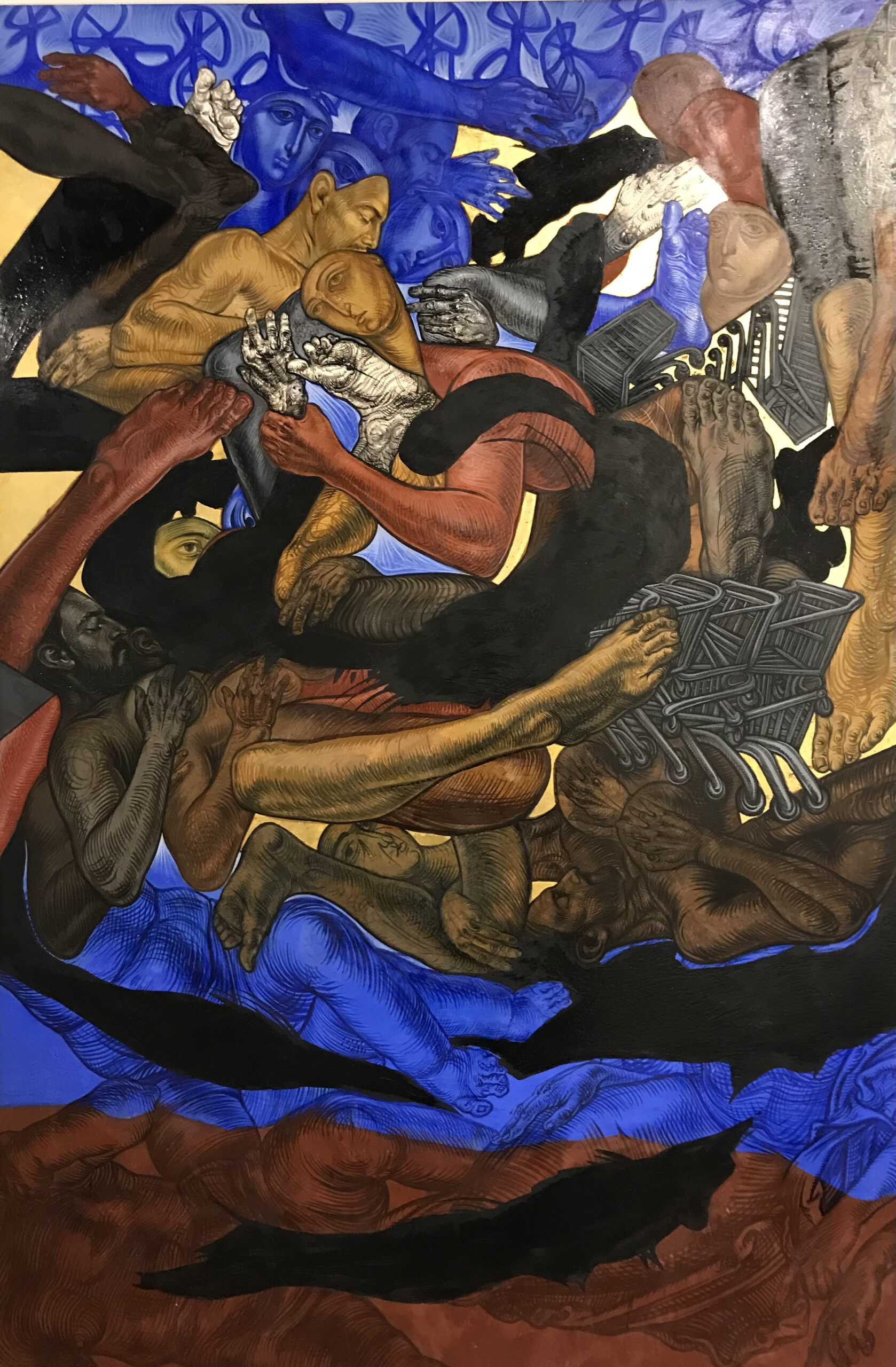 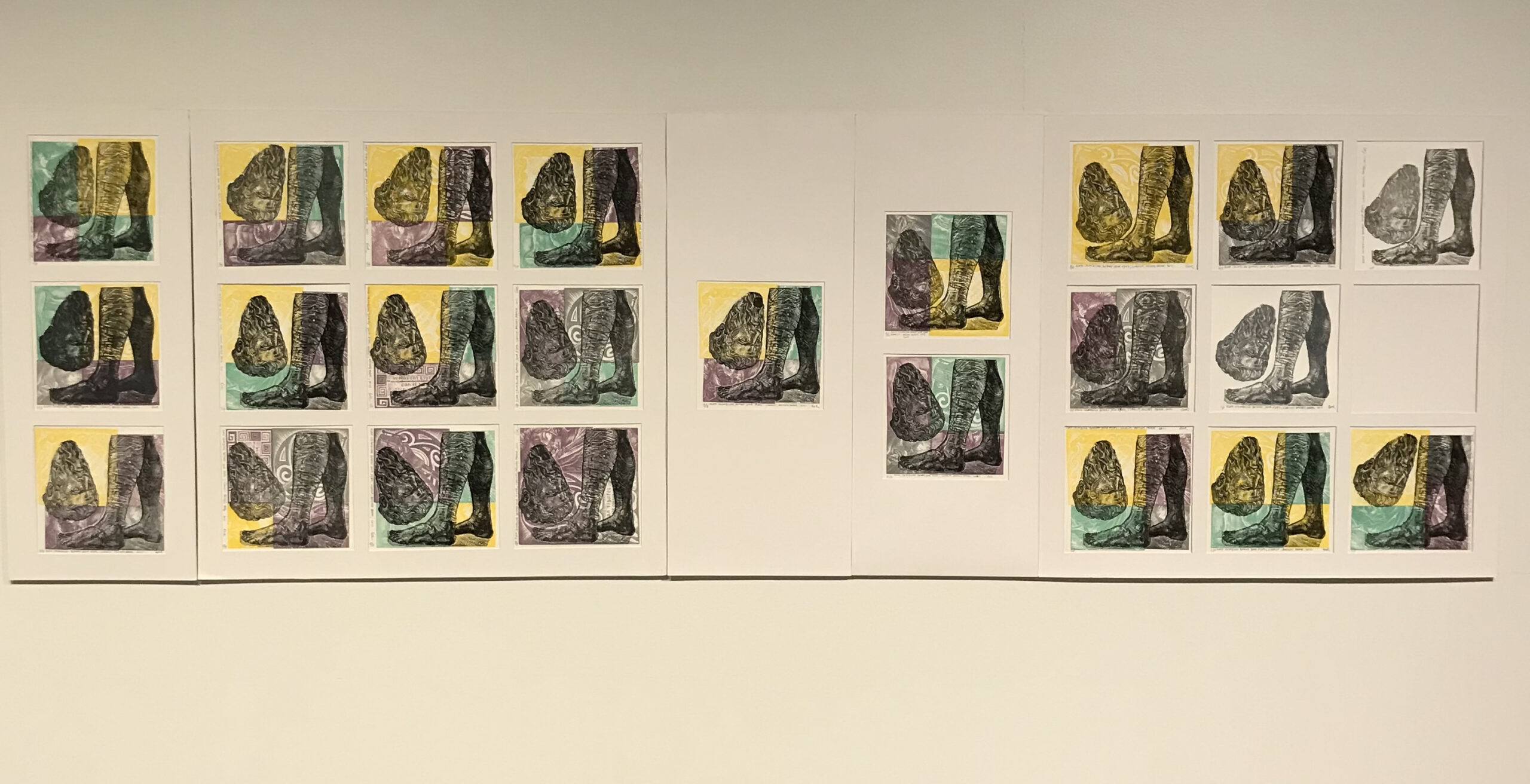