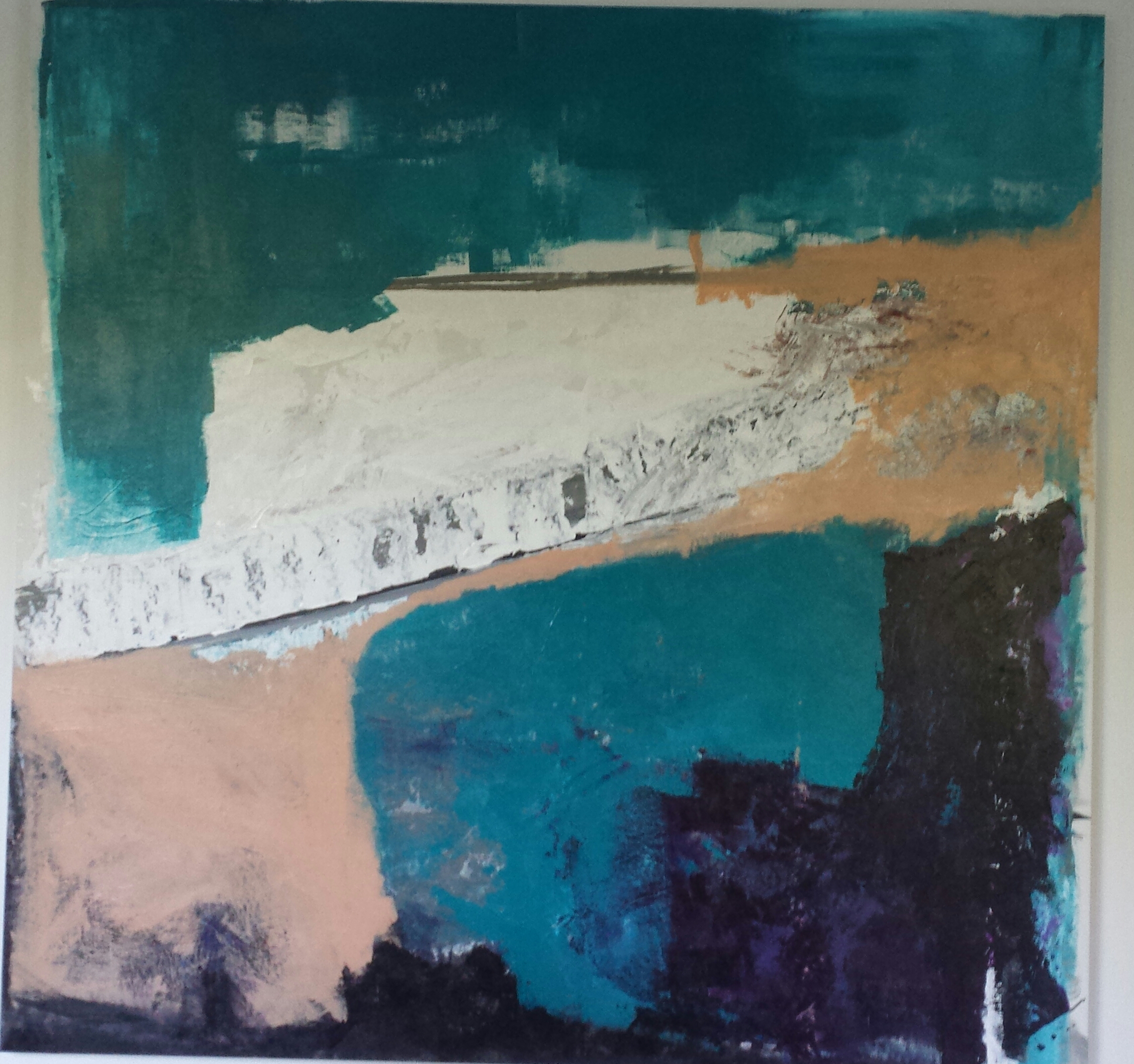 The Ottawa School of Art is proud to present the work of Diploma Student:

The Ottawa School of Art presents new works by Diploma Student Susan Fried. Born and raised in Montréal, Susan Fried has called Ottawa home for the past 17 years. Although visual arts have always held an allure for Susan, she wasn’t able to venture down this path until recently when in 2011 she enrolled in ceramics classes at the Ottawa School of Art. Here, she continued with adult general interest classes but soon decided to jump in with both feet and enrolled in the Fine Arts Diploma Program, and is now completing her third and final year. In 2015 Susan also received the Ted Marshall Memorial Award from the Ottawa School of Art.

Susan paints expressively and with unrestrictive movements. Focusing on the materials and mark making, she allows the paint to flow freely, and intuitively.

The paintings in this exhibition began as a visceral response to personal loss. In her paintings Susan skillfully gives voice to the rawness of these felicitous emotions, and invites the viewer in, giving permission to also explore and to find their own meaning.

“There is honesty in our raw feelings. Sometimes we don’t know what those feelings truly are, or what shape they embody, or what emotion they represent until they are released. I wanted to give some of my feelings a voice and visually convey them through this series of abstract artwork.” – Susan Fried, Artist 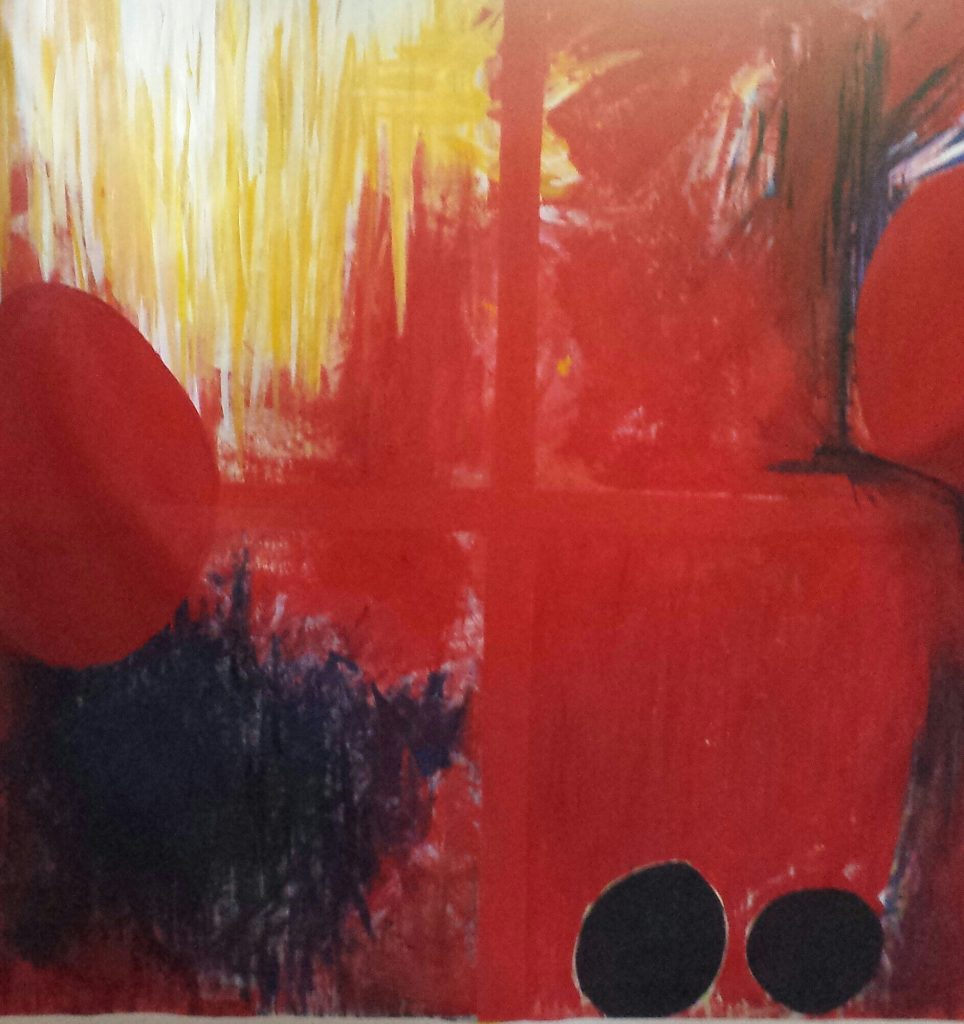 Originally from Montreal, Susan has called Ottawa home for the past 17 years. As well, Susan has lived in Europe, New Brunswick, and South Western Ontario. Susan is the mother of two adult sons and lives with her husband, Mother, and dog.

In college Susan dabbled in radio, television and printing. In fact one of Susan’s first jobs was as an offset printer. Soon after that she decided to go back to school and obtained a degree in special education. After many years in her first career, she took time to raise her children. Later she worked in the fitness industry as well as owned and operated her own yoga business; but she always wanted to go to art school. She did for a little while in Moncton New Brunswick however, life’s path took her in other directions… until now.

In 2011 Susan enrolled at the OSA, taking ceramics classes. She fell in love with the craft. After spending a couple of years taking adult interest classes she decided that it was time to get more serious. Susan is currently working towards her Fine art Diploma at the Ottawa School of Art.

These paintings focus on material and mark making. The RAWness of just letting the paint flow intuitively, guided by one movement, then the next movement, is intriguing to me. I really enjoy working on a large canvas.

This series of paintings began with my Father in mind. He passed last year. Losing him hurt deeply. A painting which started as an arc turned into a heart, undeniably quite a representational piece. It was all I could do to express my “RAW” feelings. The canvas was big. It freed me. I like to use large, unrestricted movements. I feel connected to my work that way. My next pieces became much more abstract.

I decided not to stretch these paintings (except one). I think the “RAW” edges are important to the rawness and spontaneity of these works.

Like a dream one can perhaps make sense of the nocturnal going on after awakening and can attach meaning to what one has seen in a dream. Meanings have emerged for me, but they were not painted with any intent. These works can mean something else to you, or not. I’m ok with that.

This is why this body of work is called “RAW”. There is honesty in our raw feelings. Sometimes we don’t know what those feelings truly are, or what shape they embody, or what emotion they represent until they are released. I wanted to give some of my feelings a voice and visually convey them through this series of abstract artwork.

This is Susan’s first Exhibition