The idea of a river as a metaphor for life (constantly flowing and changing, yet always staying the same) is a well-known trope and a central motif with this group of paintings. However, these particular works go a bit further as they suggest a larger story that weaves through each piece. Narrative structures are usually thought of as linear, starting at point A and ending at point B. The River series, however, has no prescribed beginning or end: the repeated visual motif suggests unique moments in time, as opposed to concatenated, or linked, events. 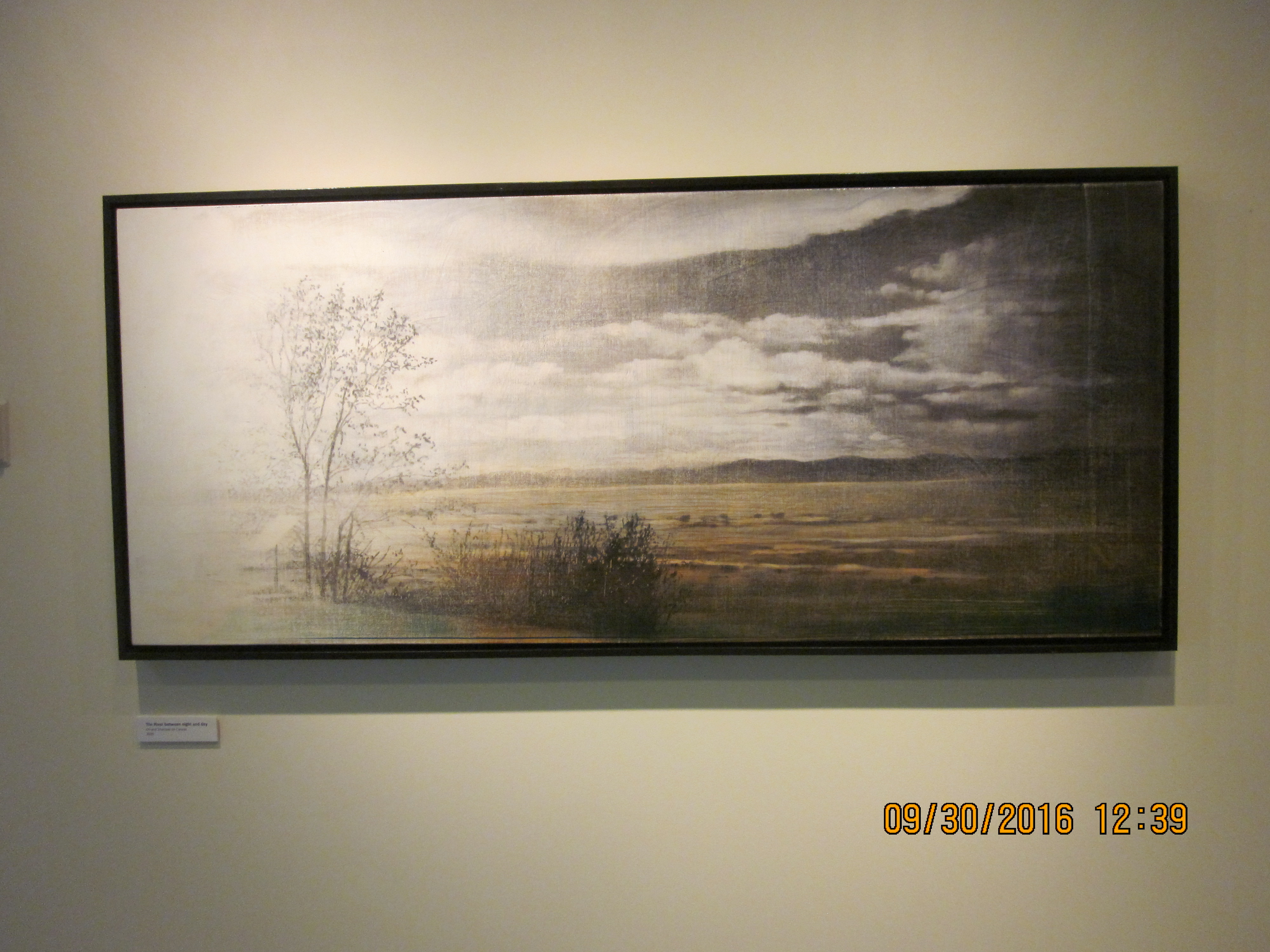 As spectators in the narrative of The River, we witness a number of different moments. In a couple of instances, we see the effects of a dramatic event; in others we simply observe different veils of light falling upon the scene. Taken together, the paintings of The River suggest the unfolding mystery of life constantly moving before our eyes.

The Tree from the End of Time is one of eight paintings in the series Landscapes for the End of Time. The paintings examine ideas of temporality, permanence, and eternity. Although we know time as a continuous presence, to suggest that there is an end to time brings up questions concerning the nature of our experience. Can the life span of an individual be reconciled with the idea of eternity or of an existence beyond the constraints of time? Can a sense of place that is realised through a specific landscape image effectively suggest the universal? 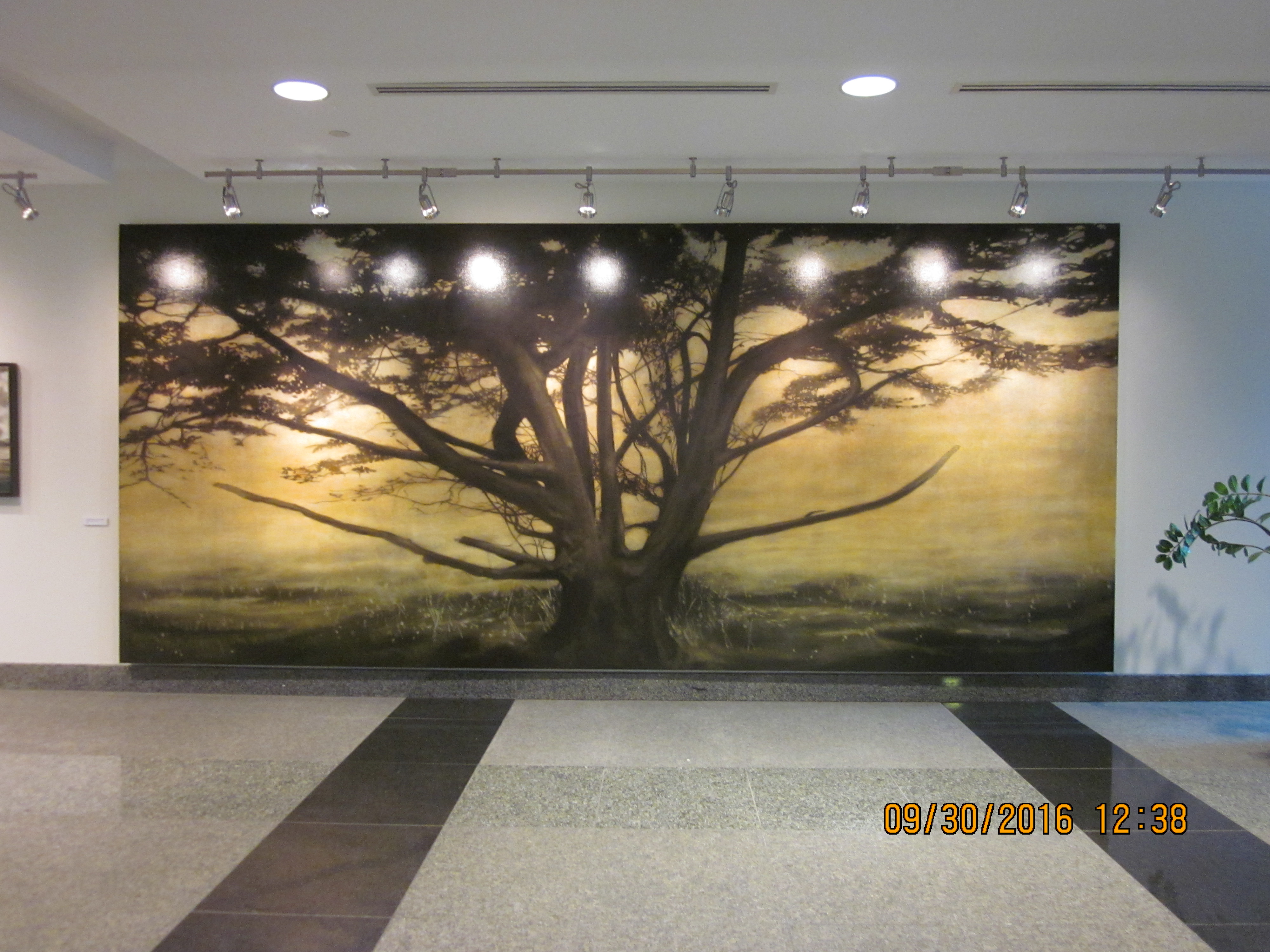 The series’ title is a reference to composer Olivier Messiaen’s famous Quartet for the End of Time. Written during World War II while he was a prisoner of war facing probable death, Messiaen focused on the biblical reference to the ending of time in the Revelation of St. John. However, the music and the performance of it in the prison camp in 1941 ultimately led to the release of Messiaen and the other musicians involved, thereby establishing an optimistic and somewhat ironic context for the composition.

Stephen Hutchings is an established Canadian artist currently living in Ottawa. His art practice includes oil painting, drawing and video. He actively shows in commercial galleries and public museums across North America. He teaches two diploma courses at the Ottawa School of Art.

Hutchings has had two recent museum exhibitions of large-scale work. Fury, which was comprised of eight 8′ x 8′ paintings, depicts turbulent skies and furious storms (metaphors for contemporary life), was shown in 2012 at the Canadian Museum of Nature in Ottawa as well as at the Whyte Museum in Banff, Alberta in 2014. The exhibition Landscapes for the End of Time which included eight 8′ x 18′ paintings and two videos, was shown at the Glenbow Museum in Calgary, Alberta, the Winnipeg Art Gallery in Manitoba and the Mendel Gallery in Saskatoon, Saskatchewan.

His video piece, Thirteen Videos for Thirteen Melodies, created in partnership with trumpet player, Craig Morris, was recently premiered in Miami, Florida. The Juno award-winning Gryphon Trio uses images of the paintings from the Landscapes for the End of Time to accompany their performances of Olivier Messiaen’s Quartet for the End of Time.

Copies of the hard cover book, Landscapes for the End of Time, may be purchased for $39.95 (includes shipping and handling) by visiting the artist’s web site: stephenhutchings.com