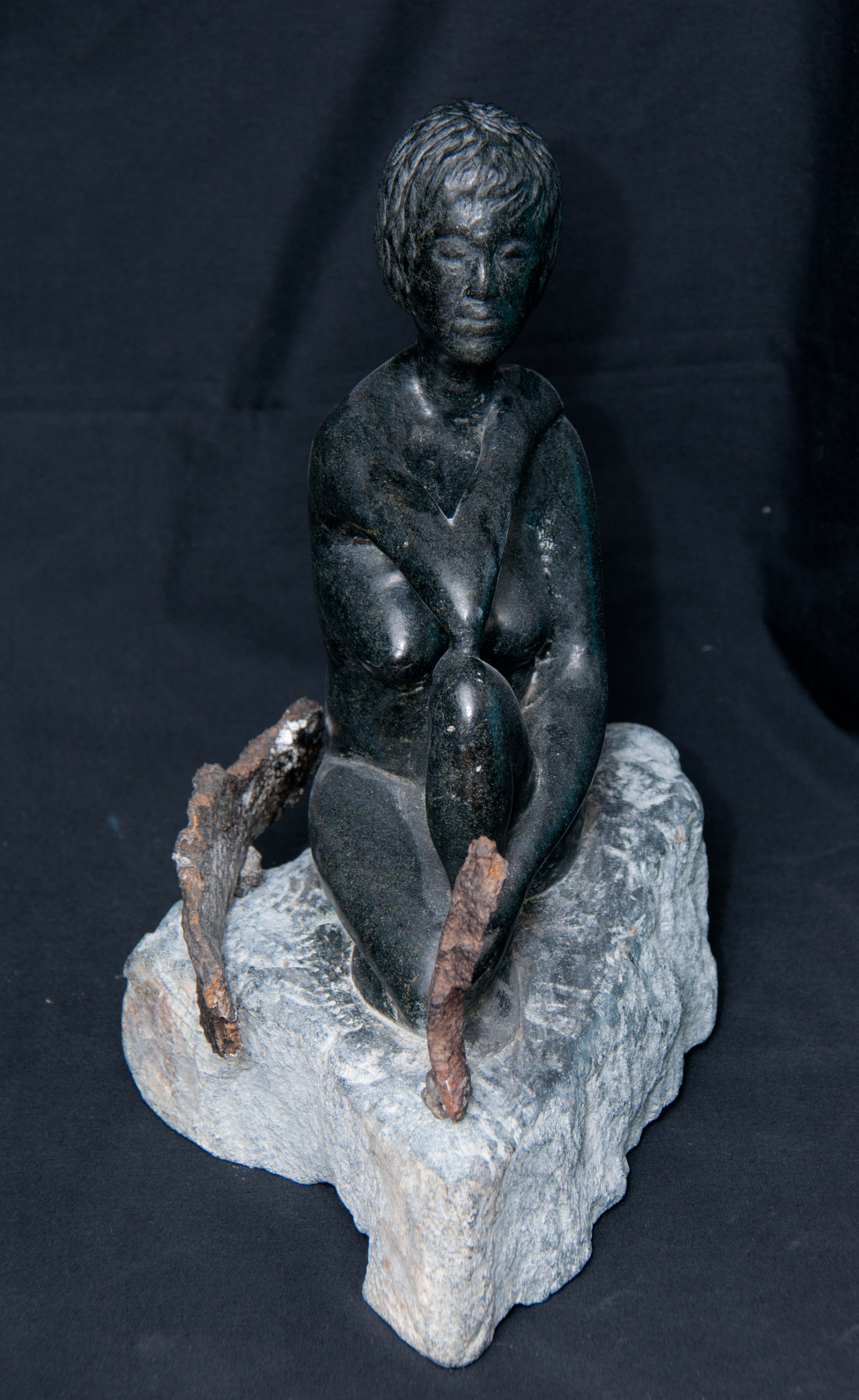 The Ottawa School of Art presents new works by Diploma Student Robert Bradley. Originally from Newfoundland, Robert Bradley served for a period of 28 years in the Canadian Military. This early career led him on many missions abroad including the Civil War of Yugoslavia which was his first exposure to a darker side of humanity.

After his final return to Canada, and completing Art Therapy for PTSD in Guelph Ontario, Robert has decided to transition to a career in visual arts, focusing on the mediums of sculpture, painting, and printmaking. His work evokes a visual awareness and thoughtful narrative, centering on issues pertaining to his own life experiences as a soldier in the Canadian Military.

Robert is currently completing his third and final year of the Fine Arts Diploma program at the Ottawa School of Art. He is the recipient of the Lillian Rapport Memorial Fund for the Arts Scholarship in 2016 for artistic achievement and expression. He also received the Lillian Evenchick Memorial Sculptural Scholarship in 2017.

Robert has exhibited his work in solo and group exhibitions in Ottawa.

“Some of the sculptures presented incorporate pieces of exploded steel from weapons designed to kill and injure. I use real shrapnel to show the reality of war through its jaggedly sharp steel intended to violently tear its targets apart. From past to recent conflicts, it’s the shrapnel projectile that has maintained its presence.”

Born and raised in Newfoundland, Robert Bradley is an Ottawa based artist whose work focuses on the medium methodologies of Sculpting, Painting and Printmaking.

After serving for 28 years in the Canadian Army, and being deployed on many missions abroad, Robert returned to Canada knowing he would have to deal with the challenges of being diagnosed with post-traumatic stress disorder.   Robert’s early remedial work included an Art Therapy session, which he took in Guelph Ontario in 2012. He soon realized the incredible value of Art as a channel for expressing his views of his world and for healing. Since that early session, the brush has seldom left his hand.

Robert is currently attending the Ottawa School of Art, completing a three year Fine Arts Diploma program. In his paintings, he finds capturing the beauty and freedom of wildlife, animals, and pets, a sound therapeutic lifestyle. Recently, Robert has also added Sculpture to his artistic medium repertoire. Utilizing stone, metals, and other materials, he considers volume, weight, colour, line, form and texture while creating his contemporary pieces. Robert focusses on issues pertaining to his own life experiences, exploring the human condition through the war stained lens of a soldier, post duty and service; and uses them as a point of departure for current and future work.

Robert and his family reside in the Ottawa area, working at their “Ottawa Fine Artworks” studio.

The civil war of Yugoslavia was the first exposure to the dark side of humanity. This Civil war had neighbor against neighbor with religion as its excuse for its perpetration; Muslim vs Christians, Muslim vs Muslim. No one was the good guy.

The sure-real scenes that unfolded before me were exciting, horrific and dangerous. The faces of the local peoples expressed the lives they were destined to live in destroyed villages with death and despair their reality.

Some of the sculptures presented incorporate pieces of exploded steel from weapons designed to kill and injure. I use real shrapnel to show the reality of war through its jaggedly sharp steel intended to violently tear its targets apart. From past to recent conflicts, it’s the shrapnel projectile that has maintained its presence.

As with the many people living today in war zones, even right now, shrapnel is causing pain and loss somewhere. That is the picture I wish to paint with my work and why Actual Shrapnel best expresses this reality.