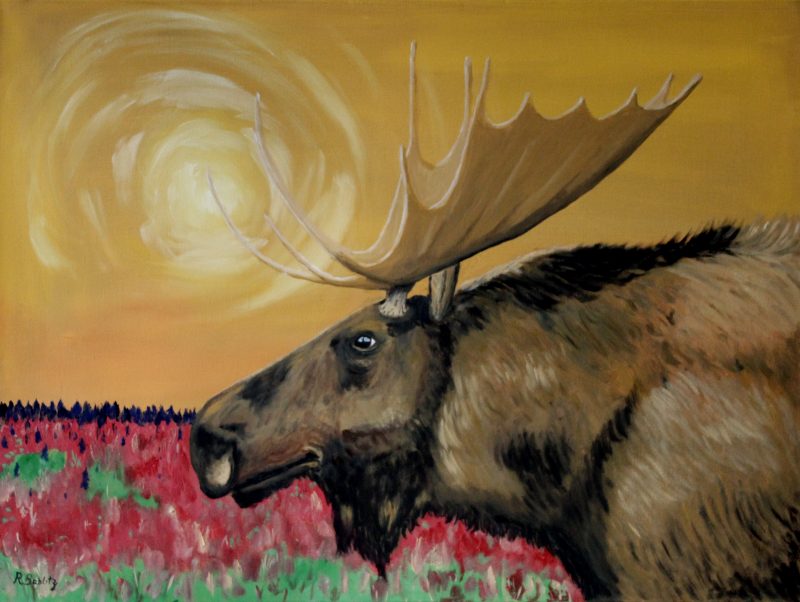 Ottawa based Métis artist Randal Bablitz was born in Alberta and served in the Canadian Army, from 1969 to 1995, as an infantryman and officer in the Princess Patricia’s Canadian Light Infantry, as well as a health care administrator in the Medical Services. He completed a Master’s Degree in Health Administration at the University of Ottawa and from 1995 to 1998, he worked overseas in hospital administration in Saudi Arabia. When he returned to Canada, Randal joined the public service and also did some consulting before his 2013 retirement from the workforce.

Randal is a musician, and has written adventure stories, but now focuses his creative side on painting. He recently completed a Certificate in Art Fundamentals at the Ottawa School of Art. Since 2016, Randal is a cancer survivor.

Randal is a proud Canadian and is thankful that he is able to live in such a wonderful country. He enjoys painting images of Canada; the people, the landscapes, and wildlife. He hopes you will enjoy the artwork in his exhibit of ‘Canadiana’.

He may be contacted at: rcbablitz@gmail.com