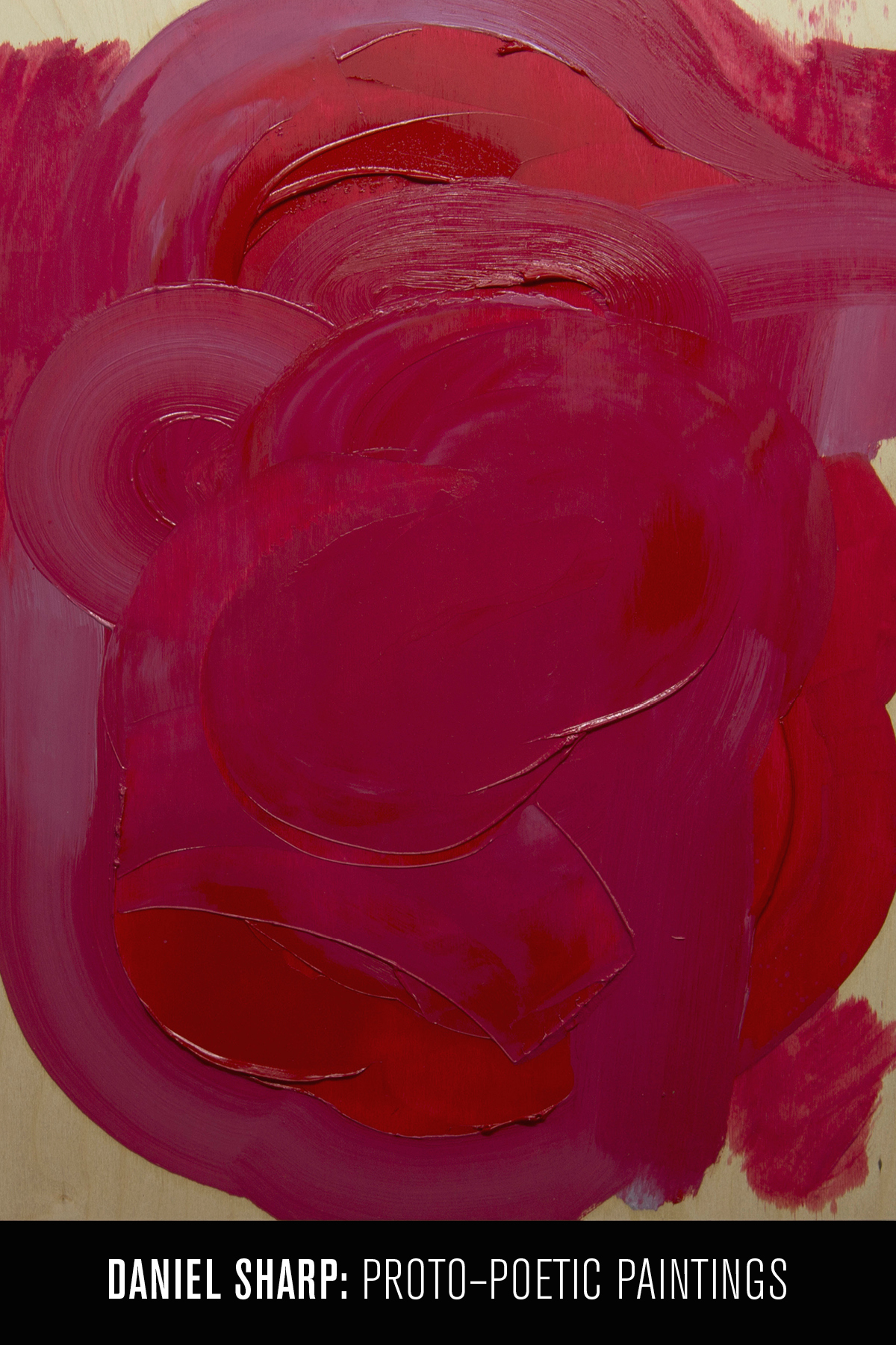 This exhibition of paintings is a view into the exploration and development of painting ideas in my studio. The title “proto-poetic” evokes the idea of marks or signs that are utterances of thoughts and feelings. These paintings are also “proto” in the meaning of an early stage of formation, and could be regarded as preparatory notes—like words or sounds—for a longer poem or song. In that sense, the paintings are incomplete; they allude to more.

As simple works made by hand, the paintings are also intended to be delightful in their material presence; objects of contemplation; shapes and textures of coloured mud.

Starting with smaller studies in oil and acrylic, these painted works employ both controlled mark-making as well as gesture to explore themes of balance and instability, constraint and freedom, buoyancy and fluidity.

The paintings also reference and acknowledge the history of abstract painting in many ways. Building upon that history, they attempt to be something new.

Daniel Sharp has maintained a painting practice and studio in Ottawa since the 1980s. He was born in Alberta in 1955 and he has teenage roots in Peterborough Ontario.

Sharp studied painting and design at York University in Toronto (BFA 1979), notably with Ronald Bloore and Paul Sloggett. Following university, he worked at the artist-run centre Artspace in Peterborough with David Bierk and Dennis Tourbin. After coming to Ottawa in 1982, Sharp pursued graduate studies in the Canadian Studies program at Carleton University from 1985-87. He continued his connections with artist-run centres, including SAW Gallery, and he worked at Gallery 101 as the Artistic Director from 1989 to 1991.

Along with maintaining a studio practice of making art, Sharp developed his skills as an art technician employed at the Canada Council Art Bank and the Department of External Affairs/Foreign Affairs/now Global Affairs, in Ottawa. For many years, Sharp has worked in collections management in the program that manages the government collection of art for display in Canadian Embassies abroad, becoming the program manager and collection curator in 2011.

Sharp currently has a studio at the Enriched Bread Artists studio collective in Ottawa where he is the President of the Board of Directors.