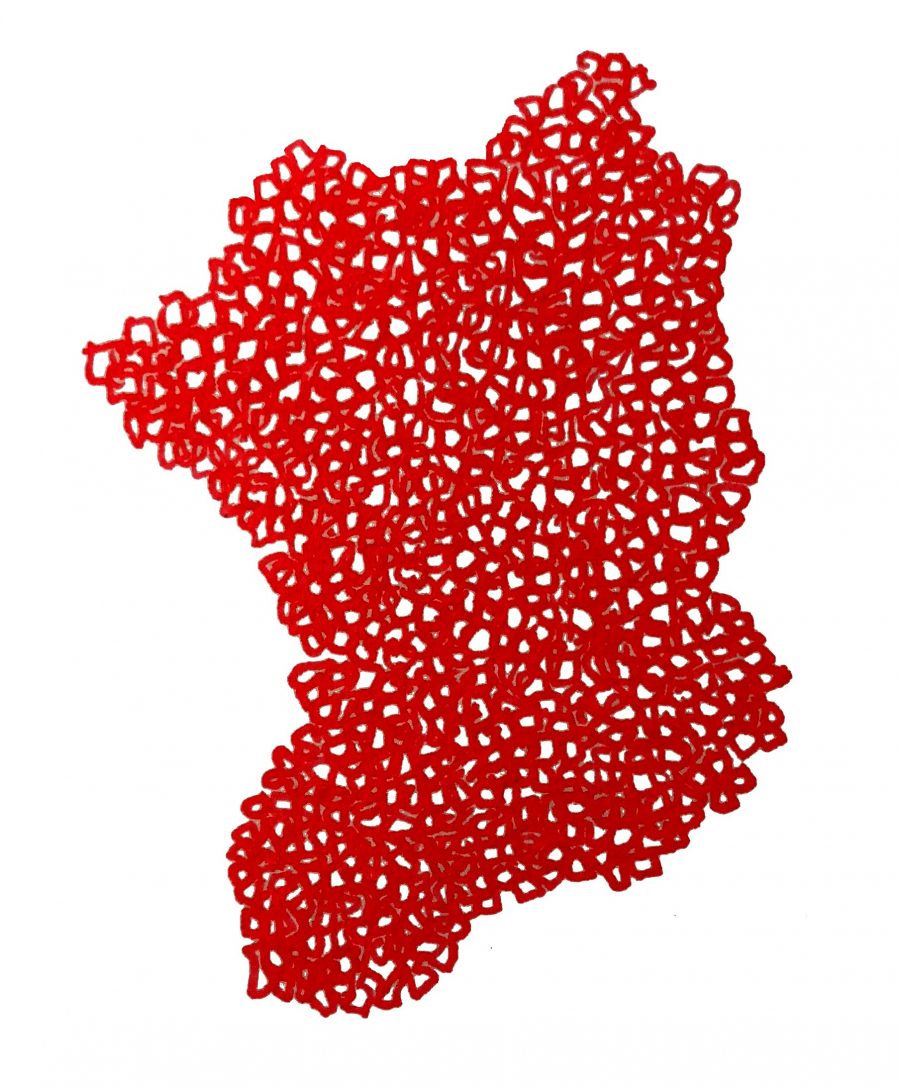 Evan Tyler will be doing a presentation on Sept. 20 about his work during his summer residency and will have a subsequent show in the vitrines from October 24 to November 7 titled “Cloaked in Wholeness”.

Evan Tyler is an artist, musician, occasional curator and a writer of fiction who is based out of Toronto, Canada. Tyler has exhibited and curated both nationally and internationally. From 2010-2014 he owned, curated and facilitated the contemporary art space on Queen St. West known as gallerywest, and won “Best Gallery in Toronto” in 2012, 2013 and 2014 awarded by The Liberty Villager.

His artwork focuses on the voice and performance, blending the fictional and autobiographical. This synthesis most often produces tragicomical characters/personas who act out stories about desire, addiction, excess, vulnerability and anxiety. These narratives take form as short movies. Tyler also works in still-image, installation, music, collaboration, drawing and the written word.

Tyler is a graduate of Masters of Visual Studies (MVS) in the studio program at The University of Toronto. He also participated in the collaborative program with the Mark S. Bonham Centre for Sexual Diversity Studies (SDS).

His video works are distributed through VTAPE in Toronto.

I am grateful to have had the experience of engaging with the Ottawa School of Art as resident artist during the period June 16 to August 28, 2018.  During my residency, I set out to provide fluidity and conversation in some of the distinctive mediums that I work in such as video, performance, drawing, sculpture and music.  My recent body of work is an extension of an existing video narrative in which I perform the character of a Life Coach who is convinced that he possesses a gift to transform lives for the better with a diverse set of self-help practices that include physical fitness, consuming healthy smoothies, art and visual-making, ceremonial rituals and smooth jazz, to name a few.  His greatest vision, “GRAND SYNERGY” takes on a subsidiary venture – to develop a “Professional and Spiritual Life Success Program” that is to launch in the city of Ottawa.

The continuation of this narrative is explored in a 20 minute video that adopts a “behind the scenes”, or “making of” format. The work is both a satire of the self-help industry that extracts a ‘for-camera shadow’ of my personal life experiences, and is an attempt to blur notions of sincerity and intimacy with the impersonal.  The Life Coach is both fictional and has an autobiographical presence.  The distorted notions of art therapy are only one aspect of his long-winded monologues on a hodge-podge of subjects such as physical exercise, commentary on addiction, vulnerability as virtue, and the importance of consuming a daily smoothie as a common symbol of lifestyle currency and part of a healthy domestic routine.  The reverence for the preparation and ingredients used in smoothie-culture crosses over into visual-making where smoothie paste (consisting of actual smoothie + clear gel) is used to create text pieces based on quotations by Canadian fitness icons, Hal Johnson and Joanne McLeod.

The artworks I produced are contextualized within the video as the Life Coach’s output.  Don’t let this pretense mislead you – the Life Coach who is seen on camera, affectionately shares my name, Evan Tyler.  I enjoy challenging the practice of performing self, on and off camera, and to summarize the Life Coach as a satirical invention of my imagination would undercut my personal and vulnerable truths, which are integral to his way of being.  The Life Coach is not quite an alter-ego and not singularly a critical embodiment of an evangelical preacher or a health guru, but rather he presents as an ongoing monologue of my lived and unlived lives – the space between allowing for artistic experimentation and play – a form of therapy within itself.

I consider the work I created during the summer for this residency as a new body of work by Evan Tyler.  It is hard to say whether the Life Coach is a host for my ideas, or if I am a host for an inner voice that I am channeling by way of pop-psychology and subjective interpretation.  I am not that preoccupied with solving or demystifying this puzzle, though I am sure that spending this time deepening my relationship to Life Coach — Evan Tyler, offered the perfect catalyst in sussing out my enjoyment of formalism, conceptual ideas, and renewing my core belief that art, whether in domestic, institutional, or leisure applications, provides a platform to heal from the astonishing and tense experience of existing in the modern world.