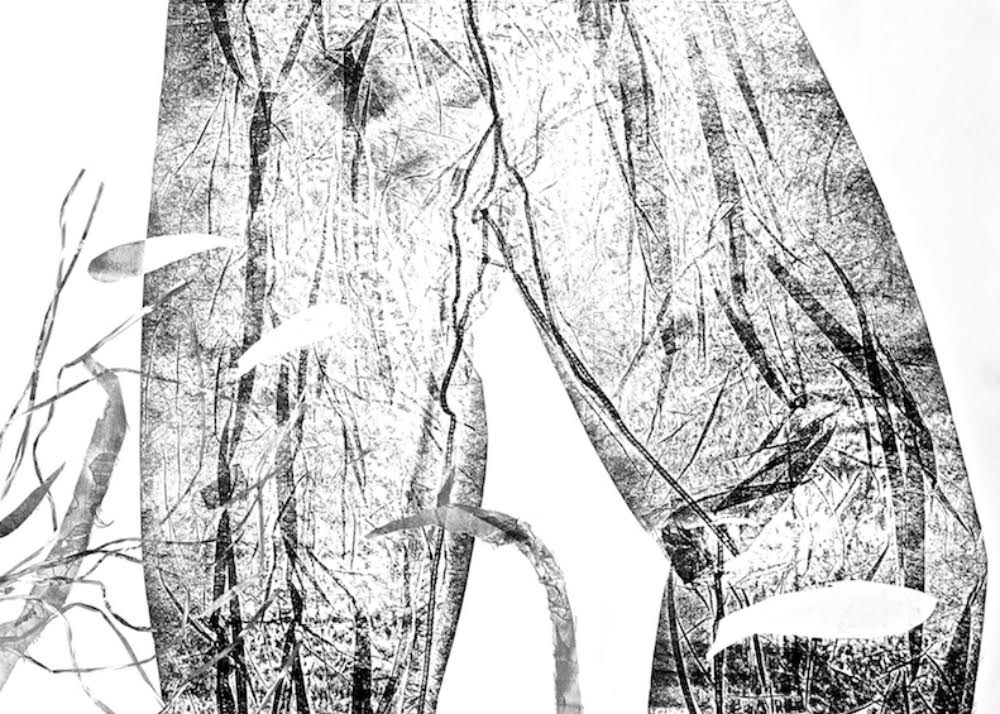 My current series involves investigation and response to Petrie Island, a local wetland area along the Ottawa River close to where I live. On the urban outskirts yet within the city limits, the area is rich in biodiversity supporting a unique river ecology. The prints on paper and mixed media collage in this show consider sense-of-place, renewal and wildness as issues complicated by the history of white settlement and previous mixed-industrial use of the area including it being at one time a city garbage dump. The hazmat suit in the prints represents both my anxiety about our present nature emergency and realization of my complicit role in the ongoing crisis.

Carol Howard Donati is a multidisciplinary artist working with paint, print, digital image and recycled household materials. The focus of her art is the self in everyday life and how we connect to the world around us. Of multi-generation settler background she grew up on the west coast, traveled widely in Canada, and has spent time living in Zimbabwe and the UK. Her works have shown locally at The Diefenbunker Museum (2012, 2014), the Trinity (2016) and OSA Galleries, and internationally in the US (2011, 2017, 2018), Taiwan (2012, 2016); Switzerland (2016), Italy (2016) and the UK (2018). She has a Masters degree in cultural anthropology (UBC, 1993) and completed the OSA’s Arts Fundamental Certificate in 2015. She is currently enrolled in the MFA program at the University of Ottawa. Artworks in this show were created during a mentorship (May – July 2019) with OSA Instructor Robert Hinchely.