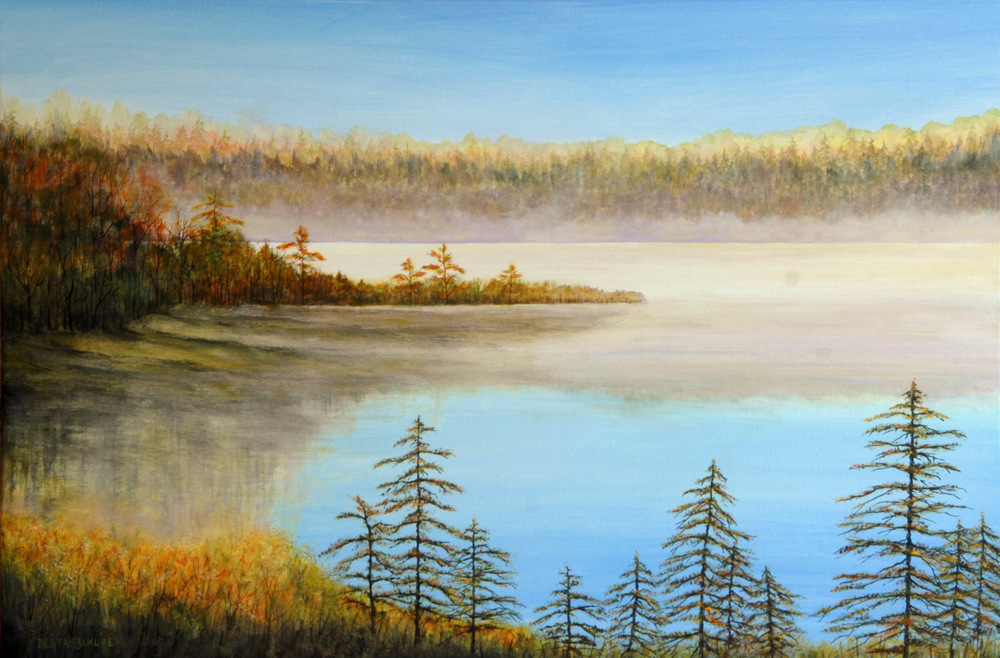 Beata Jakubek is exhibiting a selection of acrylic works from January 23 to March 20, 2019 at Minto (Large and small display cases)