Beata Jakubek will be exhibiting four mixed media acrylic paintings inspired by summer and nature.  These bright and beautiful florals can be viewed from June 15 to August 31, 2016 at the 344 Slater Street entrance display window near “Treats” coffee shop. 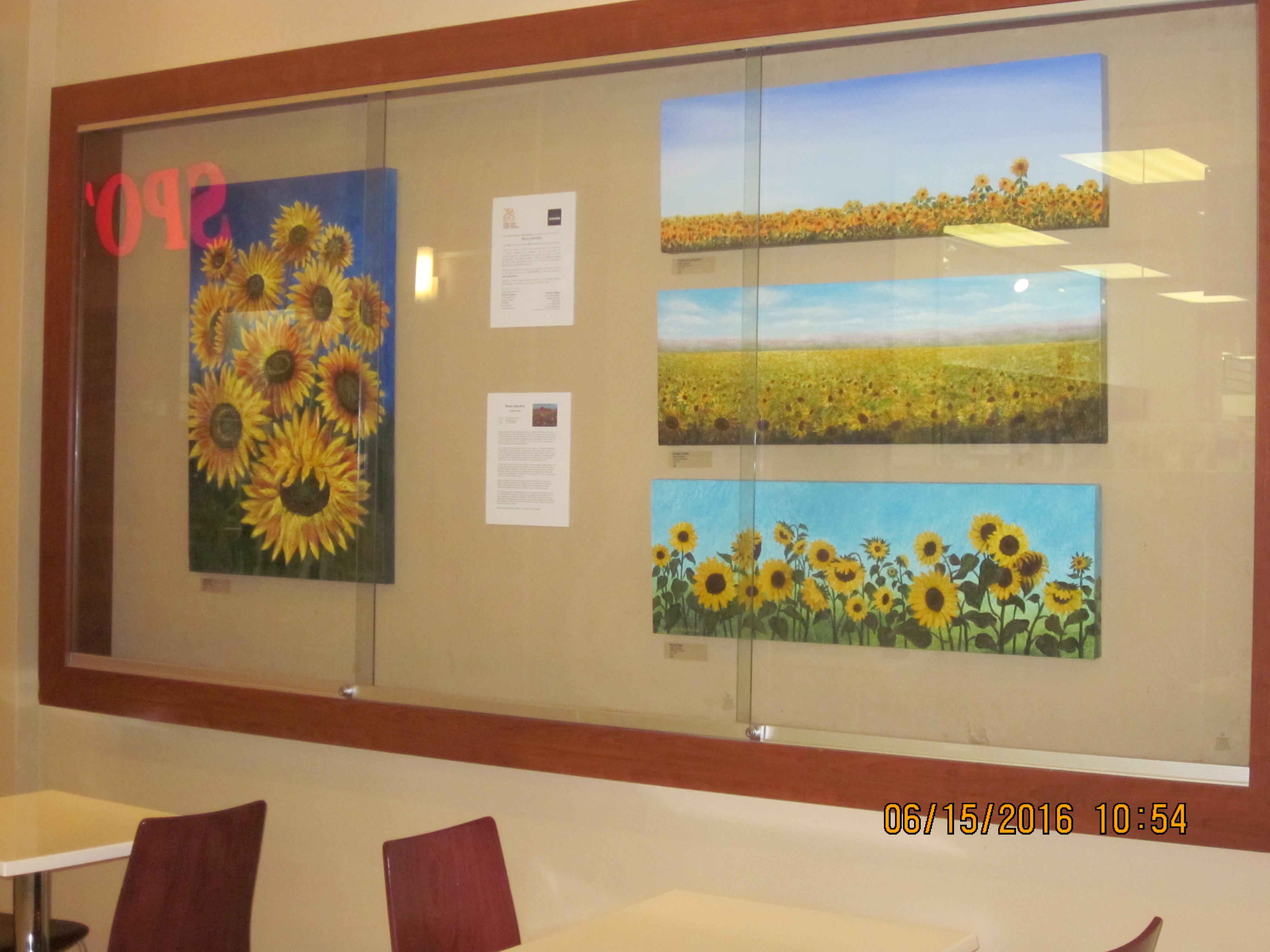 Beata has exhibited in solo and group shows at Galerie Old Chelsea (Chelsea, QC), Galerie de la Rive (Rockland, ON), Ottawa School of Art Gallery and the Trinity Art Gallery at the Shenkman Art Center (Orleans, ON). She has paintings in private collections throughout Canada, the U.S., Japan, France, Germany and Pland.