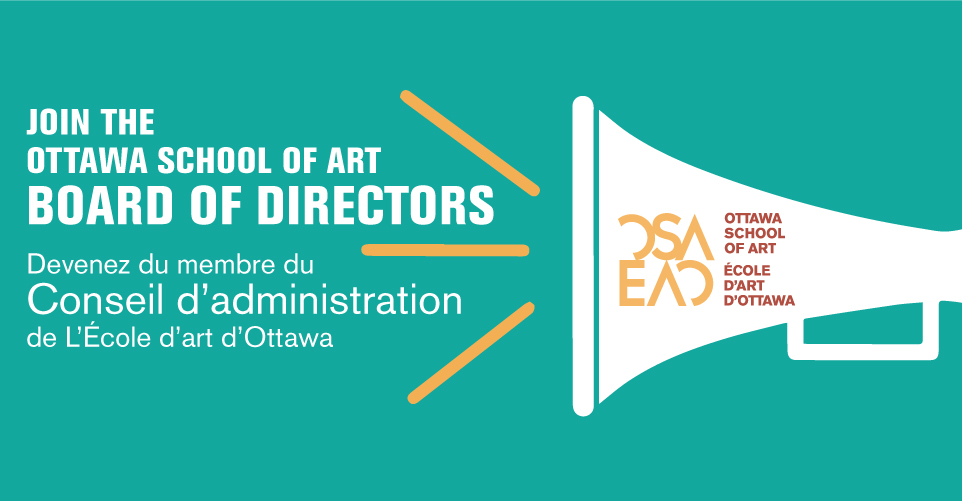 We are looking for a community-minded individual with an interest in visual art that want to help further the goals of our exciting and growing institution that now offers classes at two campuses.

Founded in 1879, the Ottawa School of Art is a community-based institution dedicated to fine arts education for students of all ages and abilities. The School has two campuses, runs five major educational programs and two public gallery spaces.

The OSA Board actively recruits new Board members on an ongoing basis throughout the year. This is done because there are always changes to the Board as some members reach the end of their term and others leave the Board due to family or work commitments. The OSA Board advertises regularly on Charity Village, LinkedIn, and the OSA website for applications of people interested in serving on the Board.

The Nominating Committee will review the nominations and do its best to interview all those who have submitted, looking for specific skill sets that will complement the existing Board (e.g. human resource management experience, fundraising experience, etc.).

If there is a vacancy during the year, the nominee can be accepted onto the Board immediately through a vote from the Board. The nominee is then added to the Nominating Committee slate of candidates for the next AGM, when their appointment is confirmed by the membership.