↓ Skip to Main Content
Home › About OSA › Board of Directors

Shirley Yik is a graduate of the Ottawa School of Art Fine Arts Diploma Program. She also holds a Bachelor of Commerce degree, a Master of Information Systems Science degree, and a Master of Management Studies degree, all from Carleton University. Formerly she held management positions in telecommunications and internet consulting companies. 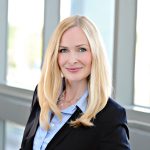 Alexia is Co-founder and Chief Operating Officer of Planetary IP, a company that supports the innovative ecosystem of tech entrepreneurs. After receiving an Honours degree in Political Science from the University of Victoria and a Master of Journalism degree from Carleton University, Alexia began her career in broadcast journalism. Alexia left television to work on the Hill which ultimately led to her starting her own consultancy and becoming a leading expert in communications, government relations, and development strategy. While she now continues her work to promote innovation and creativity in the tech world, she also has extensive experience in the cultural sector. Most recently, Alexia directed the Canada 150 Art for the Nation Summit, which included political, business, museological, and philanthropic leaders from across the country. She also worked extensively on the Venice Biennale dossier, including a campaign to support Canada’s representation at this preeminent international art exhibition and the restoration of the historic Canada Pavilion.

Issam brings over 20 years of experience in private and public sectors in international trade, negotiation, corporate finance and project management. He is currently the manager of Contract Management at the Canadian Commercial Corporation, a federal Crown Corporation of the Government of Canada. He oversees a portfolio of large complex contracts in infrastructure, procurement, aerospace, defence, and cleantech around the globe.

In the past, he was successful in the opening and expansion of foreign commercial trade offices, developing strategic partnerships between the Federal and Provincial governments, and expanding on the trade financing portfolio. He began his career as corporate finance professional with Hachette Distribution Services and the Canadian Broadcasting Corporation.

Issam is one of the founders’ team of KLIQ.CA, a Canadian Startup, and a Board Member of two non-profit organizations. He is also a part-time professor at Algonquin College specialized in the areas of Corporate Finance.

Academically, he graduated from UQAM in Managerial Accounting, hold an Executive MBA from Queen’s with an exchange with CEIBS Shanghai, and completed a specialization in project and infrastructure finance from London School of Business. In addition, he holds various certifications in finance and risk management.

I work as an associate lawyer at Kelly Santini LLP, primarily in estates, collaborative family law, and civil litigation. My strengths lie in reading, writing, and critical analysis, which holds me in good stead at work and on the Board. When I’m not working or at other community engagements, I can usually be found walking my dog along the Rideau River or with my nose in a history book. I have been a member of the Board since the 2018 AGM. 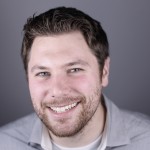 Clayton Powell, MPA (Executive and HR Committees; Past Board President)

Clayton Powell is an experienced leader and management professional who has worked in the private and not-for-profit sectors. As a strategy consultant, Clayton works with small businesses in the Ottawa region to develop growth through business planning with a strong emphasis on finance and human resources. He has extensive experience in academic and not-for-profit governance having served on the senate for Trent University and as Lieutenant Governor (Eastern Ontario, Quebec) for Kiwanis Circle K International. Clayton holds professional degrees in business (BBA) and public administration (MPA) and is an active supporter of arts education. His mandate is to facilitate the art schools strategic vision of becoming a major centre in Canada for developing excellence in the visual arts.

David Finnie has 34 years of experience in the property and casualty field of insurance. After graduating from Carleton University, David owned and operated his family insurance business for 32 years prior to joining Brokerlink. David is an active member of his community and has done extensive fundraising and marketing for numerous charity organizations including Upstream Ottawa, Bytown Association of Rescued Kanines, Kemptville Kinsmen, St James Anglican Church Kemptville and One Hundred Men Who Care Ottawa. David is a new board member and looks forward to working with the OSA. 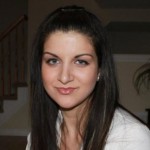 Melissa Talia is a Certified Professional Accountant with an abundance of experience in the business world with both small to medium sized companies and start-ups. She has helped many a local business get off the ground, and hopes her knowledge and dedication will help the Ottawa School of Art continue the growth and success it has seen in recent years in Canada.
Melissa can’t wait to get involved in the school as a student and hopes to grow her appreciation for the visual arts in the coming years. 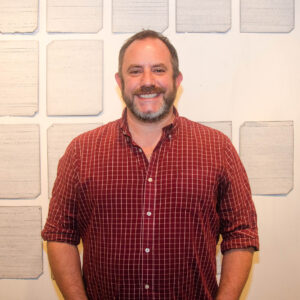 Completed his Masters of Fine Arts degree in Sculpture at York University (Toronto, ON) in 2015 for which he earned an Ontario Graduate Scholarship and SSHRC funding. He has participated in numerous solo and group exhibitions including: The Ottawa Art Gallery (Ottawa), The Canadian Lesbian and Gay Archives (Toronto), Modern Fuel ARC (Kingston), AXENEO7 (Gatineau), Artcite Inc (Windsor), Circa-Art Actuel (Montreal), and Artcite Inc (Windsor). Christos’ work is represented in the collection of The Ottawa Art Gallery, the City of Ottawa and throughout several private collectors. He has received grants from the Canada Council for the Arts, the Ontario Arts Council, and the City of Ottawa. He currently teaches Visual Arts at Canterbury High School and is a Part-Time Professor in the Introduction to Fine Arts Department at Algonquin College. 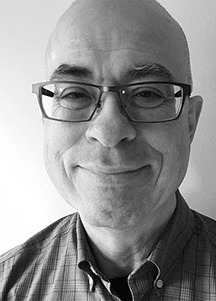 Born in Halifax, Nova Scotia, and raised in Ottawa, Michael Ashley has lived and worked across Canada as well as on the west coast of the U.S.A.
Following completion of a BA in History at Carleton University, he sought a marketable skill and earned a professional qualification in accounting. Courtesy of a lovely severance package from the late, lamented, Nortel Networks, Michael was able to fulfill his dream to study visual arts, graduating from the University of Ottawa BFA program summa cum laude in 2008 and their MFA program in 2017. Since then, he has balanced his ongoing work in photography and media arts with contract work in financial management and computer systems development.
Michael lives on a park near the UofO campus with his partner, Julie Hodgson, and their imaginary dog, Fluffy. 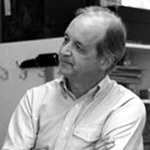 The OSA Board of Directors invites interested individuals to submit an application to join our dynamic Board. If you are interested in serving as a Board Member please contact Shirley Yik (President) at president@artottawa.ca.